Toggle latches and their different Uses

Choosing the best kind of toggle latch is essential to secure that your work productivity and efficiency are always in top shape. You can only ever dare bigly if you already know the importance of small details. As the saying goes, the devil is in the details. Choosing a latch can easily make or break your daily workflow. All toggle latches are not made equal so you would want one that perfectly suits your needs. To help you, we will enlist the three kinds of toggle latches and their different uses. After reading this article, you’d very much be equipped and on your way to choosing the best toggle latches for all your workflow needs.

What are toggle latches?

Toggle latches are used in many industrial workspaces because they are user-friendly and fuss-friendly. It has a simple mechanism that every person can easily understand. There are primarily five kinds of toggle latch design and they are as follows:

Toggle latches are usually made of the following materials:

The Three Kinds of Toggle Latches

There are primarily three kinds of toggle latches available in the market and they are as follows:

Locking toggle latches are primarily used for instances where it is essential to secure that objects won’t be opened accidentally. They are medium-to-heavy duty and can be available with or without a locking mechanism. It is best to use one if you need to secure that the following won’t be accidentally or deliberately opened:

A locking toggle latch can also ensure supreme security if you’re dealing with items and objects that can suffer from intentional tampering or exposure to heightened vibration.

Also known as a spring claw toggle latch, a spring-loaded toggle latch comes with a spring that serves as the core of its unique latching mechanism. Its spring allows it to have a smoother and flexible mechanism that allows for more positional tolerance if be compared to latches that are non-sprung. Its spring also allows for easy opening and closing.

An adjustable toggle latch has a mechanism that allows for adjustable tension. Its main parts are as follows:

The threaded rod that connects the hook and the fastening plate allows for easy control of preferred tension. As its tension can be adjusted, this kind of toggle latch is easier to manoeuvre.

When checking out a toggle latch, your first question should always be: what is its UTS rating? UTS stands for “ultimate tensile strength.” When checking out toggle latches, always look for one with a UTS rating that is more or less double the force that your chosen latch will have to deal with. This is to ensure that its weight will match the intensity of the force that it has to deal with.

Be extra careful when it comes to a toggle latch catch or strike plate. You should ensure that it is of the same strength, material, and durability as the latch. Always double-check when you’re buying. If you want something that is supremely safe for daily use, check out the world’s safest over centre latches

that are offered by Snap-Flat Latch.

Following the category given above, such latches can be used for the following:

You can use lightweight toggle latches for the following:

You can use mediumweight toggle latches for the following:

You can use heavy-duty toggle latches for the following: 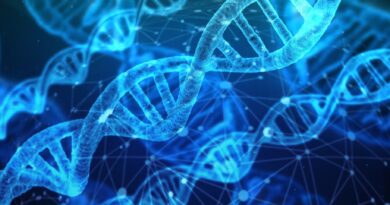 Top Most Expensive Materials in the World