When you turn your car’s ignition, after turning on the engine, you just need to press (or pull a lever in the bike) a lever, then have to activate first gear. Then you release the clutch slowly-slowly to move your vehicle. This lever, which plays an important role between engine starting and applying gear, is a clutch lever in manual drive vehicles. It also plays an important role when the vehicle is running and we need to shift the gears from lower to higher or vice versa.

What is the Clutch?

Definition of the Clutch: Clutch is a mechanism that allows the transmission of rotational motion from one shaft to the second shaft. Where the clutch is coupled between one and second shafts, which will coaxial. We can also say that clutch is a coupler because it joints two co-axial shafts. Clutch application is used where power transmission started and stopped frequently.

There are many types of friction clutches. Like Centrifugal clutch, cone clutch, disc clutch ( Single Plate clutch and Multi-Plate clutch), etc. Here, we will focus on the single-plate type clutch.

What is a Single Plate Clutch:

In our vehicle, the clutch is located between the engine and gearbox. When the clutch is engaged (lever is depressed or released) the rotational motion transmits from the engine shaft to the gear shaft. Then gears transmit the power to the propeller and then the wheels. When we push the clutch pedal (pull the lever), the clutch disengages, this stops the motion transmission from one shaft to the second shaft. While the engine shaft is still running. Generally, our vehicles have a plate OR disc type clutch. These disc-type clutches have further two types, i.e. Single Plate Clutch and Multi-Plate clutch.

The single-plate clutch is a type of disc type clutch and an axial friction clutch.

Before we read more about the clutch, we need to get familiar with two terms. These are engaged or disengaged clutch. When we start the engine, stop the vehicle, idle the engine, and shift up or down the gear, we disengage the clutch. This means we push the pedal (or pull the lever) the coupling between the engine shaft and gear shaft will be disengaged by the clutch.

And when the vehicle runs continuously, that time the clutch is in an engaged position.

Working Principle of a Disc Clutch:

The clutch principle is based on friction. When two rubbing surfaces come into contact with each other and unite by applying pressure on them. And, if one surface rotates, the other one rotates as well. Here rubbing action, means friction is working between both surfaces. Here, the one surface that rotates first is a driving surface. And the other one which follows the first is a driven surface. The driving surface rotates as well after disconnection from driving. The friction between both surfaces depends on some factors (i). Working surface area (ii). Material’s Friction coefficient (iii). Applied pressure on both surfaces.

How does a clutch work?

We have read in brief the working principle of a clutch in the above paragraph. Now we will read about the working method of a clutch. Let’s check this link Single Plate Clutch Working. In this animation, you can see basically how a single plate works.

In this video, you will see how a rotating disc (flywheel) rotates another co-axial disc with the help of friction. Hence, the driven disc rotates the splined shaft. This shaft provides motion to the gearbox.

While the driving shaft rotates, due to the freedom in rotational motion with the help of bearing, the driven shaft does not rotates. You can see it in the video.

The thrust race is pulled by the clutch lever wire or link. It pulls the long end of the release lever. The small end of the lever pushes the stud screwed on the flywheel. Since the release lever is mounted on a pressure plate with the bracket. It pulls itself towards to opposite to the flywheel as well as the pressure plate. This action disengages the clutch plate and flywheel.

The above image shows the disengaged clutch position.

Construction of a Single Plate Clutch:

The driving shaft is an output shaft of the engine. Right side in the image.

A heavy metal wheel is attached at the end of the driving shaft. It makes smooth power delivery from the engine to the gearbox. A whole clutch assembly is arranged with the flywheel.

When an operator or driver pushes the clutch lever, It is the first part that acts in a clutch assembly. It slides on the driven shaft in order to clutch lever actions. The Clutch lever pulls the thrust race and consequently, it pulls the release lever.

The release lever plays a very important role to transfer force from the clutch lever to the pressure plate. It is pivoted with a bracket and this bracket is fixed on the pressure plate. Lever’s one long end tangentially attached with the thrust race. And another end, which is short in length applies tangential force to the pin. When thrust race actuated by the clutch lever. Long end pulled by thrust race. Since the bracket pivots the lever, the short end pushes the pin. This pin fixed on the flywheel. That’s why this lever pulls the whole pressure plate subassembly apart from the flywheel.

The driven shaft is the output shaft of the clutch lever. This is the input shaft for the gearbox. Its one end (clutch side) is splined, so it is a splined shaft. This shaft transfers power to the gearbox.

Applications of a Single Plate Clutch:

Almost we all know the clutch used in vehicles. But, single plate clutches are used where a large space area is available. So bigger vehicles like buses, trucks and cars have single-plate type clutches, but not possible to use in small vehicles like bikes, scooters.

The single plate clutches have a larger surface area so that dissipates heat easily. Hence, there is no required cooling oil. That’s why this is a dry type clutch.

Advantages and Disadvantages of a Single Plate Clutch: 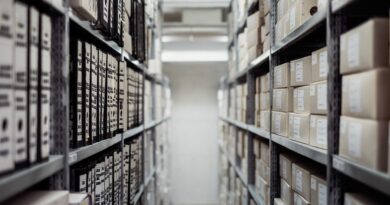 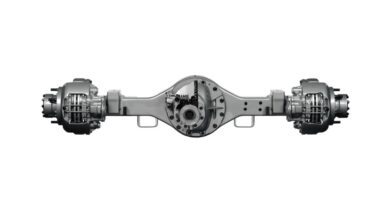 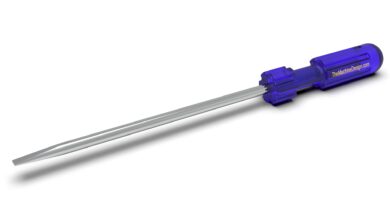 What is a screwdriver tool and its specifications?