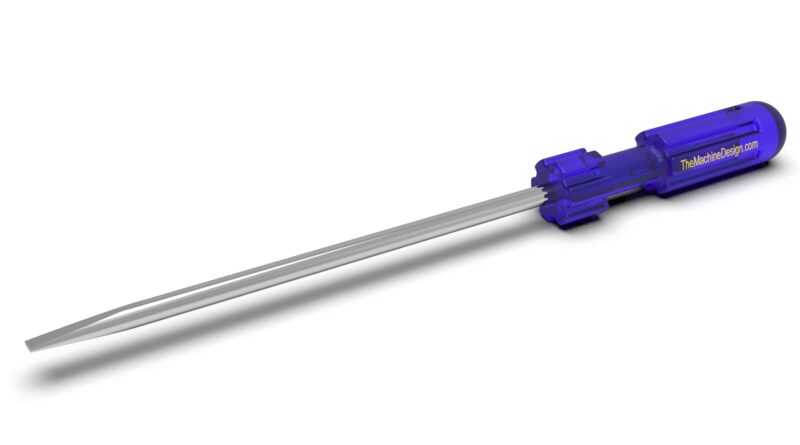 The answer is a wider variety of screws are available according to their purpose. Like countersunk screws are for making flat surfaces on the workpiece, truss head and flange heads are used for distributing larger pressure areas etc. And the various screwdrivers are used to drive the correct kind of screws. A correct screwdriver can save time and effort.

But using the incorrect tool can damage the fastener before or after the fastening. Also, it can increase the working time and effort.

Different Types of Screwdrivers with their uses in detail:

These screwdrivers have a flat tip at the end of the shank and a wooden or plastic handle on another end.

A Philips Head screwdriver was developed and patented by Henry Phillip in 1930. Unlike the slotted head, it has two slots in a “+” or “X” shape. This shape makes self-centring. It does not allow to slip on a screw. Instead, it provides a better grip. In short, it is more convenient than flat head screwdrivers.

The pointed tip and edges fit in the screw slot gently. The size of Phillip’s head screwdriver ranges from zero to four. Where four is largest and zero is the smallest size of the tool.

The hexagonal or hex type screwdriver has a hexagonal tip. That drives screws for inserting and taking out the screws. This type of tip is mostly used with powered tools. Hex tip provides a better grip, but you need to be careful while selecting the size of tip for the screwing and unscrewing. Otherwise, an incorrect tip can damage the cavity of screws.

Generally, the hex socket keys have an L shape. It has a hexagonal cross-section socket at the tip. This is used to fasten the bolts instead of screws. Also, suitable for self-fastening screws that have hex heads.

Mostly, Hex socket drivers are provided with DIY assembly kits. These are very easy to use and provide a better grip on the bolt heads. That’s why these tips can be used with powered drive tools.

Before telling you about the Torx screwdriver, it is important to know that it is only a trademark name. Not any type of screwdriver. It is a star screwdriver. And the ISO has assigned Torx fasteners and keys the general designation hexalobular. But, the words are interchangeable since the tools are the same.

Torx tip has a six-point, start shaped cross-section. And the keys are the same as the hex keys look like L-shaped keys.

Square type screw, like the name, shows it’s having a square cross-sectional tip for screw tightening and loosening. It is also known as Robertson Screwdriver. Because it is invented by Peter Robertson in 1908. He was a Canadian salesman. He tried to patent the square head screw and driver in 1909 but failed. Later, this idea was patented by another person. But still, this screw is known by Robertson’s name. Why? This is an amazing story. You will find this story here.

Now, we talk about the square type screwdriver. This screwdriver provides a better grip than a flat head screwdriver. And it is easy to use, can be driven by one hand. A car body manufacturer Fischer Body company was one of the first customers. The result was, 2 hours saved by the Car manufacturer for each car assembly.

The Pozidriv screwdriver is an improved variant of the Philip head screwdriver. GKN screws and Fasteners had patented the Pozidriv design. In Pozidriv’s design, one more cross mark was added.

This mark was concentric and 45° offset with an older Philip cross. This form does not eliminate the cam-out effect, but it does provide superior slippage resistance and stability than a Phillip screwdriver. As a result, it is utilised for tightening screws that demand a lot of torque.

Till now we have read and experienced that, the above kinds of screwdrivers have different types of heads or tips respectively. But, if we talk about Right angle screwdriver, it has a different type of shank or shaft. But, the shank is bent at a right angle at both ends. And tips are available on both sides. And there is no handle.

It is used where normal screwdrivers can not reach like in narrow spaces.

JIS is extensively used in Japanese made products such as electronic equipment, automobiles etc. On the surface, it resembles a Phillips screw, but with smaller and more vertical slots to reduce cam-out. Because the bottom of the recess is flat, the driver’s point must be blunt.

JIS heads are A properly sized JIS drivers will engage a Phillips or Pozidriv head screw at maximum depth, somewhat loosely but without damaging it.

As the identification of JIS is a bit difficult, that’s why there are chances use of the wrong screwdriver to drive screws. That may damage the screwdriver tip and screw heads. For this type of screw, “JIS” standardized cruciform-blade screwdrivers are available and should always be used to avoid head and driver damage.

The Clutch head screwdriver’s cross-sectional view looks like a bow, that’s why is also known as a bow-tie screwdriver. These are used to drive bow-tie-type screws. Screws have a small knot-shaped socket in the centre, the same as the hex socket. Another type of clutch head looks like a butterfly shape as well. The clutch screwdriver has a higher starting torque and can withstand more spinning power.

Bow-tie screws were commonly used in GM automobiles, trucks and buses. And butterfly screws were used in recreation vehicles and mobile homes. The clutch head was intended to be driven with both a flat-blade screwdriver and a clutch driver.

The Frearson screwdrivers are also similar to Philip’s head screwdriver with some modifications in design. But it has a sharp V-shaped tip with a large angle. This bit can accommodate all screw sizes. And this one is the most advantage over the Philip head driver. It was developed by an English inventor. It is also known as Reed or Prince screwdriver.

Probably, it is not possible to drive the screws completely in or out without disengaging the bit from the screw head. Disengaging and engaging take too much time during the operation. Also, this can increase the effort.

To eliminate such type of unnecessary effort and time you have to use Ratcheting screwdrivers. It allows locking turning direction either clockwise or counterclockwise.

A ratcheting screwdriver, unlike normal screwdrivers, contains a mechanism that permits force to be moved one way while moving freely in the opposite direction. This mechanism is known as Ratcheting Mechanism. It may be designed to either drive or remove screws without ever touching the bits. A toggling switch is provided to change the driving side, and also can switch to neutral mode. In neutral mode, it works like a regular screwdriver.

It also provides a feature to use multiple types of bits to drive different types of screws.

The Magnetic screwdriver has a magnetic tip. That makes easy engagement and disengagement of the tip with the screwdriver head. These kinds of screwdrivers are available in a huge variety to accommodate various screws.

Battery-operated screwdrivers work similarly to manually. This means, they have also a blade, that fits on the screw head and turns it for the drive-in and out. Just a battery and motor equipped with the screwdriver. This supplies power to the motor to rotate the tip.

For higher torque requirements a bigger battery is attached with the screwdriver to run a high-torque motor for a longer time. But, these are bulky and bigger.

For lesser amount torque requirements, smaller drivers are available with a small battery. They also look similar to manual screwdrivers. Both types of screwdrivers have interchangeable bits featured.

We learned about the fourteenth most popular varieties of screwdrivers in this post, along with their illustrations. If you see something missing or wrong, please let us know by leaving a comment. Don’t forget to like and share this piece of information if it has helped you learn anything new. Please accept my sincere gratitude. 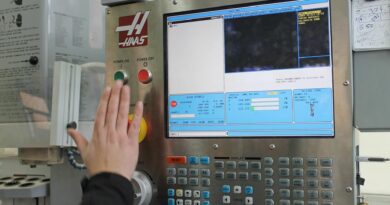 What are CNC Machines and CNC Programming? 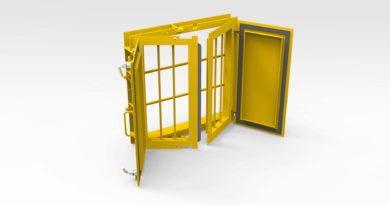 Why Install Inspection Doors to a Conveyor System?